You may have noticed that I have a certain affection for the appealing peelable fruit. That’s because it’s so appealing and peelable, of course. It goes without saying, doesn’t it, so why say it? Why not? Why do we feel as though we are progressing in circles, or at least bendy bits. It’s the banana cult and its wily ways. Enjoy a mellow yellow banana now – you know you want to, of course you do. 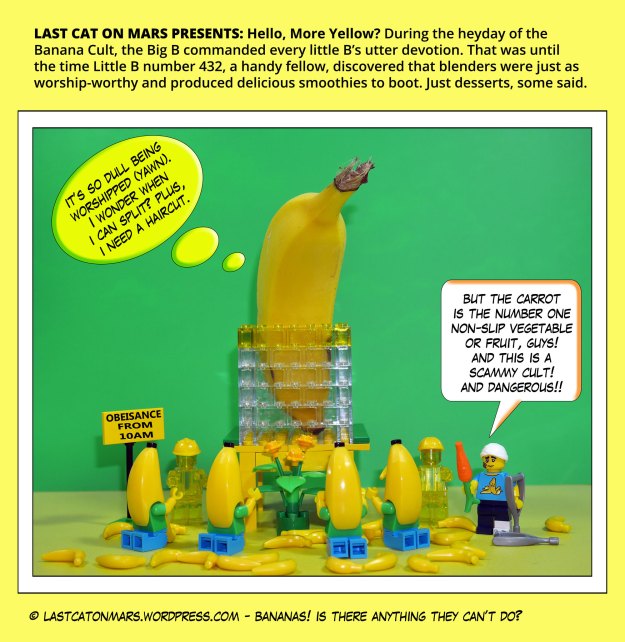 For Eric the alien, and a lot of humans and felines besides, there is nothing at all more peaceful than to picnic at a cemetery, which is one of Stonehenge’s assumed reasons for existing. Being a cemetery, and then being a picnic spot. Also, it’s a great place to rest on your way to Avebury, infinity, and beyond, although I’ve heard that getting a park is difficult from time to time.

If you go, enjoy the greenery, the greyery, and the gruesome knowledge that human sacrifice was a thing even and especially thousands of years ago. Say hello to Eric for me.

Ah, the selfie – visual scourge of the 21st century. Of course, sooner rather than later, we will reach peak selfie moment, and from then on, it will be all downhill to safer, more expansive landscapes faster than you can say, ‘Say sleaze!’

Truly, madly and deeply, fellow snap enthusiasts, when I take photographs with my little Kodak instamatic from circa 1969, I like to see the full majesty of where I am, and that includes me out, way out of shot. I want to see what’s behind and beyond my own very familiar dial. After all, if one makes the effort to go somewhere, let’s see it, dudes, in all of its non-you glory. And why not use a mirror for your selfies, instead. You’ll save a small fortune on pixels. 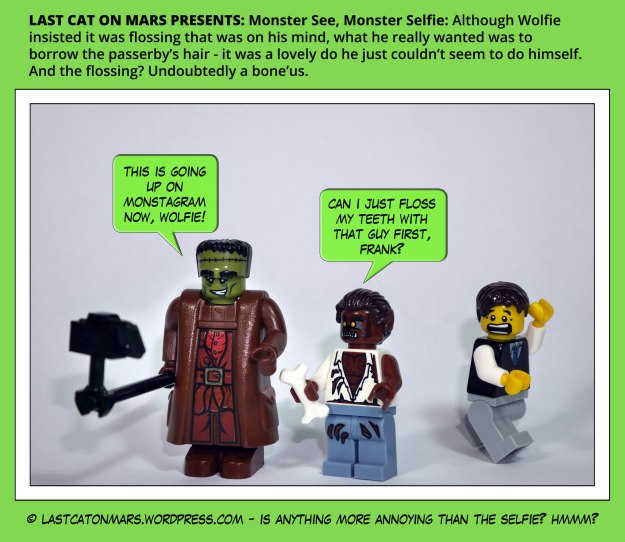 The thing about theft is that, as in a post-truth world, it’s all in the eye, or hand, of the beholder, or the be-stealer. One cat’s burglary is another cat’s night-time stroll around the neighborhood. I mean, just ask Cary Grant in To Catch A Thief. Was there ever a more handsome, urbane, lovely and gorgeous two-legged feline as Mr Grant? The answer is: there wasn’t, and Gracie knew it, too.

In fact, do whatever you can to obtain a copy of the film so that you, too, can share in the joy of watching two thoroughbreds going through their paces. Not to mention Alfred’s involvement in the minor role of director. And while I’m at it, gather in Sabrina (the 1954 Billy Wilder version, the best and only one to watch), too, and make a rainy Saturday afternoon of it with Audrey Hepburn, Humphrey Bogart and William Holden. Now they were real movie stars, grasshopper, and don’t even get me started on Ava Gardner, Virginia Mayo, or Greer Garson. Or Errol Flynn, or Gary Cooper, or Randolph Scott. Just don’t – well, maybe another time, then.